Six years ago, Claverack and Livingston residents became aware of a project proposed by the New York State Public Service Commission (PSC) to expand the power transmission line corridor that runs through our towns. The general shape of the plan at that time was to widen the existing corridor, taking land via eminent domain where necessary, and install a second, perhaps larger row of towers next to the existing one.

Residents and town officials along the corridor, along with land trusts, environmental and historic preservation organizations challenged the PSC to rethink the project and consider its outsized impacts on our local communities. These groups and others organized as the Hudson Valley Smart Energy Coalition (HVSEC). Both Farmers and Families for Claverack and Livingston were founding members.

Over the course of several years, HVSEC pressured the PSC and the governor’s office through a combination of public rallies, meetings, press, and lobbying of state officials. The organization also benefited from the assistance of state and county officials, including Assemblymember Didi Barrett, New York State Senator Kathleen Marchione and Dutchess County Executive Marc Molinaro, all of whom advocated for HVSEC’s cause within their respective areas of influence, and appeared as public speakers at HVSEC events.

After a sustained effort by Hudson Valley residents and years of filings and participation in various cases, the PSC modified the selection criteria for the project to include environmental and visual impacts as key factors. The PSC and HVSEC were then in general agreement about which proposals represented the least harm to the environmental and visual landscape of the Hudson Valley.

Although the parties were now in alignment regarding how they would rank the various proposals, HVSEC remained insistent that the project was uneconomic, wasteful and unnecessary; while the PSC maintained that it was needed. Ultimately the PSC was able to push through approval of the project without having to produce quantitative evidence that there was any need for it or that the project could pass a simple cost benefit analysis for ratepayers.

Currently, the project is in a “pre-Phase II” state.  The "winning" developer (the newly-formed transmission development conglomerate which includes National Grid) will be tasked with putting together and submitting a proposal for a new Article VII (the section of NYS Public Service Law governing the construction of electric transmission facilities) proceeding, a key step before construction can begin. They are now surveying the transmission corridor of the project to collect data for use in this submission. Adjacent landowners likely received letters to this effect.

​The new Article VII proceeding could launch as soon as end of summer or perhaps as late as the end of the year. Upon its launch, the members of the HVSEC will become formal parties and intervenors in the new project and will continue to fight for the best interests of our community. We are actively engaged in the process and will send updates to you as the project develops. 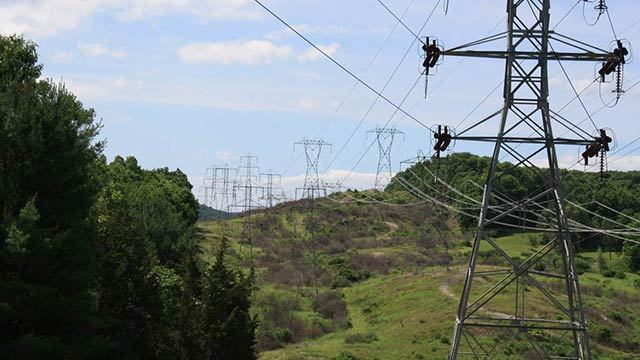